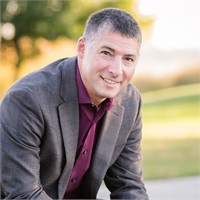 Jonathan Merckens grew up in Marblehead, Ohio, and Toms River, New Jersey, where he became an Eagle Scout in 1990.  He served four years on active duty in the U.S. Air Force before attending Lycoming College in Williamsport, PA, where he earned his degrees in Finance and International Business in 1998.  Jonathan entered the Financial Advisor world and became licensed in securities (Series 24, 7 and 63), as well as life, health, and long-term care insurance in 2000.  In 2009, he earned the designation as a CERTIFIED FINANCIAL PLANNER™ professional.

In late 2000, Jonathan began building his own independent financial services firm, where he has served clients faithfully over the past 19 years.  In 2012 Jonathan moved his office to Strongsville from Hinckley and in 2015 opened a second office in Norwalk.  Both of these moves were to create an even better experience for his clients and their families.  He is also a member of the U.S. Air Force Reserves in Vienna, OH, serving as a C-130 Flight Engineer.

Currently, Jonathan resides in Huron, Ohio with his wife, Heather, and two daughters, Rachel and Sydney.  Along with his wife, he spends much of his free time teaching the girls about history and the outdoors.  Jonathan is a sitting board member for the Firelands Montessori Academy.  In Jonathan’s pursuit to give back to the community he has spent time volunteering as an Assistant Scout Master, the Treasurer for the Marblehead Lighthouse Historical Society, and was a member of Lion’s Club. 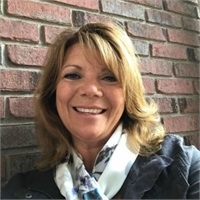 Rhona has worked in the financial services industry since the 1990s, and has served as a client relationship manager with Jonathan since 2009.  In addition to her extensive administrative experience, she coordinates compliance measures, handles the bookkeeping, and implements our internal auditing. Rhona's friendly, outgoing personality helps foster the warm, familial atmosphere that sets Financial Planning Group apart.

Rhona is married to Steve, and raising two boys.  They are enjoying the empty nest, as the boys are college bound.